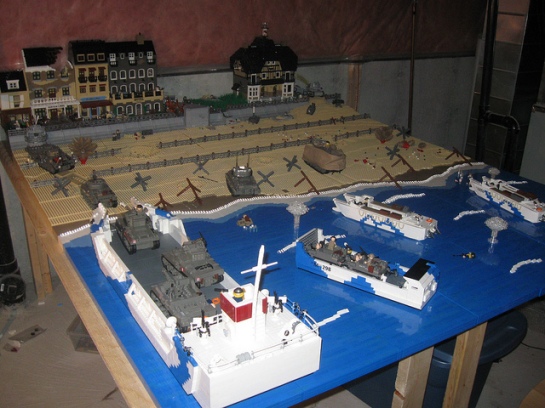 The Canadians are stormed the beaches of Normandy 69 years ago this month, as part of the Allied effort to liberate Europe from nazi tyranny. The Canadian forces suffered more than 1000 casualties in the first week of the Normandy campaign. Ross Scott aka “Rumrunner” will be down from Canada to display his newly expanded Juno Beach diorama, commemorating the Canadian contribution to Europe’s freedom. He’s been hard at work these last few months and his diorama has tripled in size since his last public appearance. He’s posted some teaser pictures to Flickr and we can’t wait to see it all set up!