A Victorious Weekend of Fun!

The over-all attendance figures are as follows:

World War Brick Anaheim 2015 is over but we can still relive some of the amazing events that were enjoyed during the weekend.

These works of art were auctioned off during the weekend with the proceeds going to support the Wounded Warrior Project.

And many other historic battles build by our Master Builders.

Master Builder Yitzy in front of Battle of the Bulge and Black Hawk Down.

The Micro Tank Tournament ran all weekend with opportunities for free play and playing against the Brinckmania Staff. 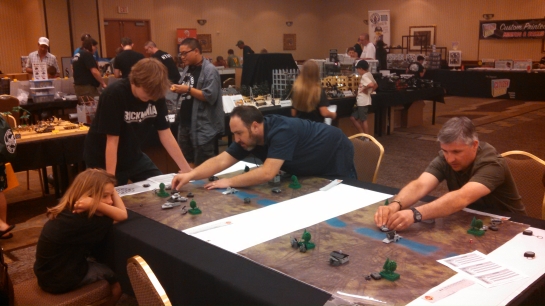 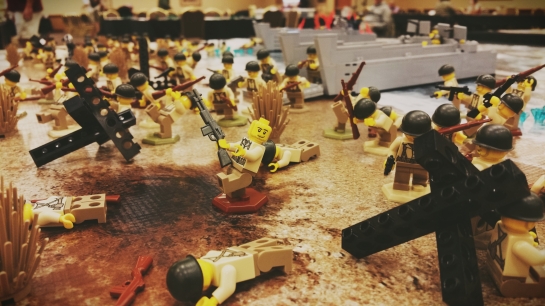 D-Day Normandy Beach a rare opportunity to build and pose so many figures.

Lets not forget Battle of the Bulge group build?

Come to World War Brick 2015 Minneapolis to participate in these group builds and the North Africa build also.

LEGO Firewalk with me?

A true challenge for a World War Brick Recruit or Veteran

Did you wear socks or go bare foot? 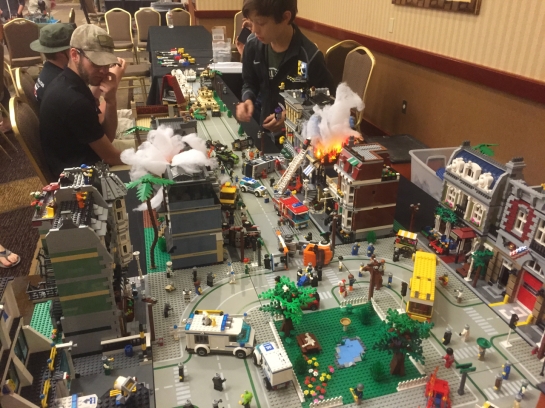 Our VIP weekend pass holders had the opportunity to pit themselves against the undead lego horde.

Survivors walked away with sweet Brickarms weapons for their mini figures.

Could the robot tank complete the challenges presented to it?

including products from GI Brick, Brickarms, Bullseye Brick and Brickmania. 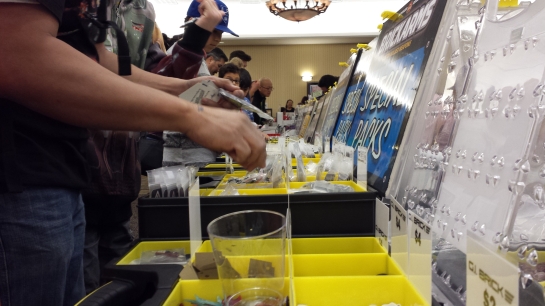 Did you get into one of the four ModCom session with Will Chapman?

Were you ready to ModCom?

Will you be ready to ModCom at World War Brick 2015 Minneapolis?

World War Brick raised $4900 for the Wounded Warrior Project over the weekend.  Thanks to your generosity through the auctions, raffles and special events like the mosaic build and The Claw. 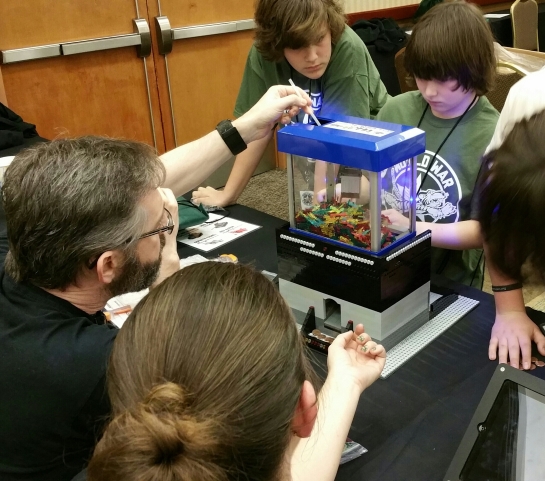 These fundraising events for our military service members would not have been possible without the many generous donations from our vendors and guests.

For those quiet moments of strategic battle.

Special Valentine Pack of Brickarms and candy from GI Brick and Brickarms.

Also included was swag from 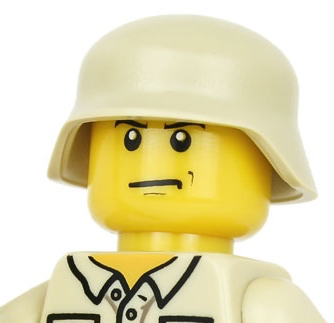