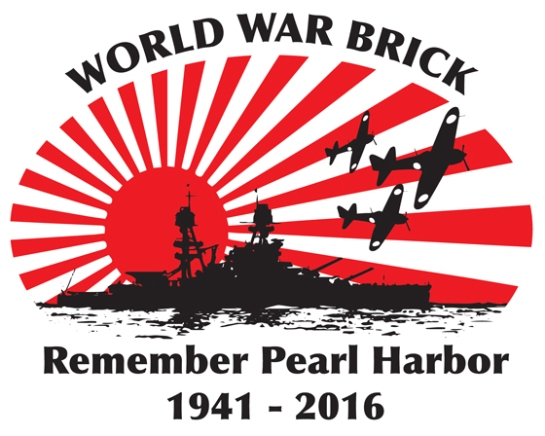 World War Brick Hartford is happening on July 22-24 at the Radisson Hotel Cromwell, just outside Hartford Connecticut. We are a family-friendly gathering of LEGO® fans who enjoy building and sharing our historic and military models.  World War Brick has been happening since 2011 and is organized by Brickmania LLC, the first name in custom military building kits for the LEGO enthusiasts, with special help from our sponsors BrickArms and GI Brick.

For the general public:

We open our doors on Saturday and Sunday for a public exhibition, show off the great creations gathered at World War Brick. Heres what to expect during public hours At World War Brick Hartford:

You will see some unbelievably  awesome creations made from LEGO bricks including these massive show-stoppers:

There are also fun games for the public to raise money for Wounded Warrior Project:

You will be able to spectate at the game tournaments, group builds, and building and customization workshops that happen during World War Brick.

You will also have access to exclusive deals on products from Brickmania, BrickArms and GI Brick

Public Tickets are available for Saturday and Sunday, July 23rd and 24th for purchase at the door for just $10 (kids 4 and under free). Avoid the lines by reserving your tickets today (ddvance ticket holders will be allowed inside the event up to 30 minutes prior to the official opening time)

For the hardcore fanatics:

We offer a Weekend Pass, which is an all access ticket to World War Brick, including a full extra day of programing on Friday. The Weekend Pass gets you the following:

There are still a few Weekend Passes available. Cost is $75 in advance or $100 at the door.

There are still tickets available for the Public Exhibition as well as Weekend Passes. World War Brick doesn’t happened every day, so mark your calendars for July 22-24 and don’t miss out!