Weekend Pass Holders check out the Friday session on LEGO customization from the owner of Brick Mercenaries.  I’ll let Josh tell you about himself in his own words.

I started customizing LEGO Minifigures in 2002, while I was an Undergrad at Truman State University.  At the time, I had not discovered BrickArms and was looking to expand my LEGO Universe to include military and sci-fi themes.  My first creations included a Predator, which did not look as I had envisioned in my mind, and an AK-47 which was as large as a minifigure (I used various LEGO pieces to cut and glue it together).  While my first figures weren’t anywhere near presentation ready, they did introduce me to the art of customizing, or Minifigure Art as I like to call it.  While I am largely self-taught with the various techniques I use on my artistic creations, I have always pursued creativity in my life.  In addition to my painting, I am also a musician.  Actually, I sing opera professionally and have performed across the world including Italy, Greece, and China; and have appeared on the stages of some of the most prestigious opera houses in the US including the Lyric Opera of Chicago and the San Francisco Opera.

In addition to my art, I also am an educator and teach the arts at a University in Chicago.  Teaching is one of my passions in life, and I definitely incorporate this into my work as a LEGO artist.  Having graduated with my Doctorate in the Arts from Michigan State University in 2011, one of my key philosophies in Education is to foster self-led learning amongst my students, and what better way to inspire young students than through LEGO?  One of my favorite parts of World War Brick, is hearing younger LEGO fans talk about World War 2 (or other military conflicts) with historically accurate information, all of which was researched because of a toy.  My goal is to use the arts, and LEGO of course, to create high-quality, one-of-a-kind artworks that will be the centerpiece of your LEGO collection, and hopefully teach you something new as well! 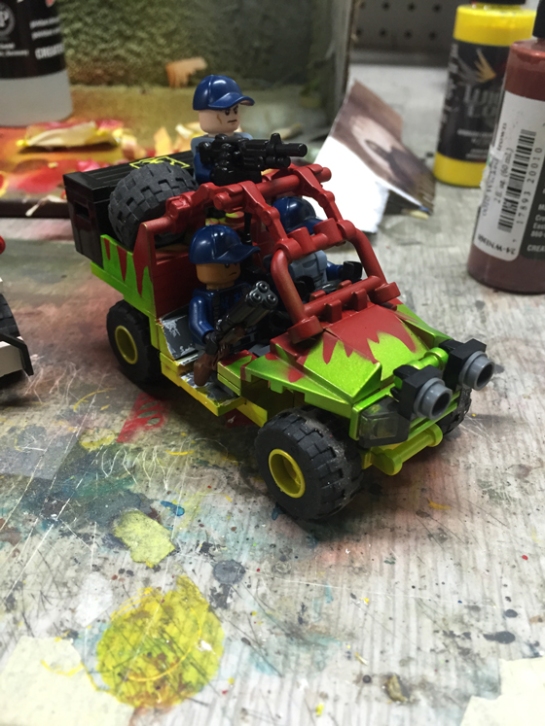